Social Welfare Bureau eliminated ‘homosexual co-inhabitation’ from the umbrella of its draft on ‘The Law for Prevention of Domestic violence’, which was released for public consultation last year.

In 1990, the World Health Organisation (WHO) removed homosexuality from the International Classification of Diseases. Homosexuality is no longer considered a form of illness. In recent years, various jurisdictions have passed laws to offer homosexuals equal rights with heterosexual, as well as protect the former from discrimination, which hold an implication that ‘homosexual equality’ has become a tendency. Homosexual marriage was legalised in Portugal in 2010; while laws protecting homosexual domestic violence were passed in Hong Kong in 2009 and Taiwan in 2007.

Last Thursday, 12 December 2012, we presented a letter to Social Welfare Bureau, demanding the SAR Government to turn back on track by perceiving co-inhabitation equally between different sexual orientations, by including ‘homosexual co-inhabitation’ under the umbrella of ‘The Law for Prevention of Domestic violence’. However, the SAR Government has yet given any public response.

Today (20 December 2012), we have made the history by going on the streets for the first time fighting for equality for LGBT people in Macau. We urge the SAR government to ensure equal rights for LGBT people in the formation of public policies from now on. In the long run, laws should be made to protect LGBT people from any form of discrimination in Macau. 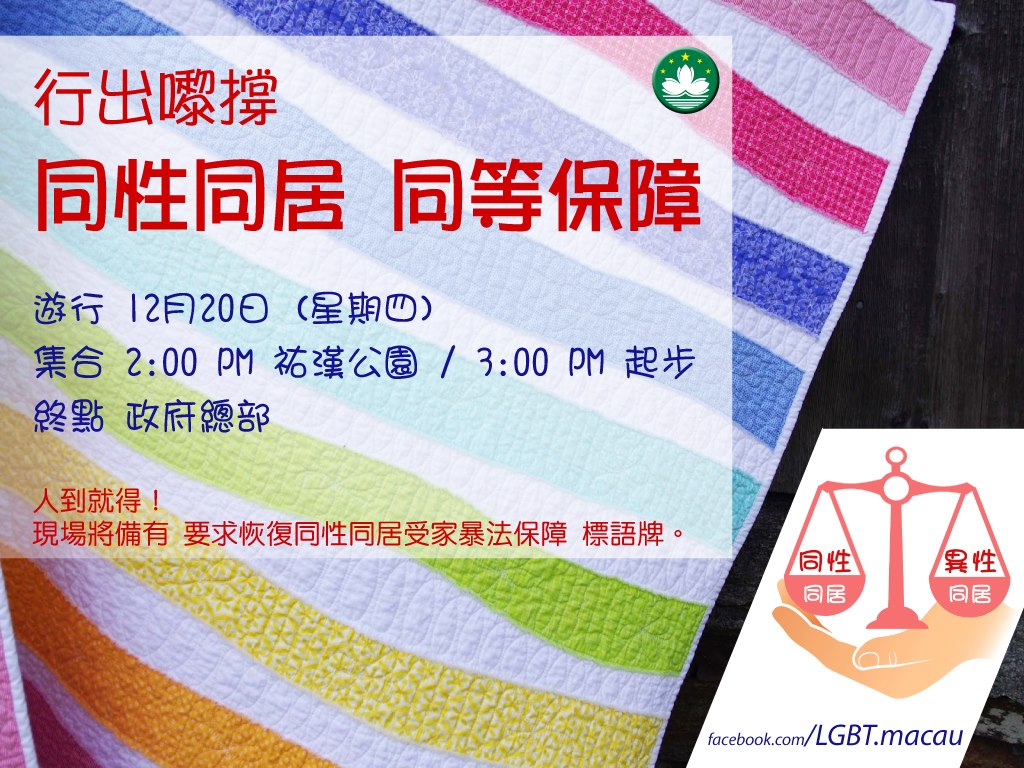