After reading the mediareports about the discussion between the legislators on the “Civil Unionbetween Persons of the Same-sex” bill, the following is my response to thelegislators’ arguments:

Fong Chi-keong: I oppose the ‘legalisation ofhomosexuality’, while such sexual orientation has not been accepted incenturies.

Response: ‘Homosexuality’ hasnever been criminal in Macau, and the bill discussed in this occasion was forlegalisation of ‘same-sex civil union’. Historically, ‘homosexuality’ was widely accepted. In ancient Greece,the affection within a same sex was widely accepted, which was depicted in avariety of Plato’s dialogues. Furthermore, in ancient China, a Han-dynastyEmperor cut off his sleeve so as not to awake the same-sex partner sharing thesame bed. This piece of historical fact acts as the foundation of the Chineselexicon. Therefore, the comment ‘such sexual orientation has not been acceptedin centuries’ is not correct.
Tsui Wai-kwan: The law ofcivil union is absent in many jurisdictions, and a strong parade was formed inFrance in opposition to the attempted legalisation. However, I stand withanti-discrimination.

Sio Chi-wai: Only a few countries approved the law.

Response:Despite the fact that the law of civil union is absent in some jurisdictions,the law is present in many jurisdictions. More than 50 countries or regions have and/or recognise laws of‘same-sex marriage’ and/or ‘same-sex civil union’. Also, the absence of suchlaw in many jurisdictions does not necessarily restrict the presence of suchlaw in Macau. For instance, the ‘Feminist Movement’ taking place in 19thcentury returned basic human rights to female human beings.  Before the abovementioned social movement,female were not even permitted to leave their residences freely; but who wouldhave imagined there are so many bright female stars in governments, businessesand other organisations today? The British Conservative Party has empowered thevery first female party leader, and then the female Prime Minister, in thehistory of Great Britain. As a result, the presence of absence is a sign forimprovement.

Melinda Chan: I hold respect to homosexuals; but there isno strong support for the bill, and thus I refrain from supporting andencouraging same-sex civil unions. I also request other colleagues to hold-offthe bill.

Response: I wholeheartedlyrequest the legislative and executive bodies to commence public consultation on‘same-sex civil union’ without hesitation.
António Ng: The bill calls for civil union instead of marriage; whereas,same-sex civil union may provide a foundation for same-sex marriage, whichcauses damage to the current marriage system. Citizens requested thebill-provider to elaborate on the timing of the action, which has not gonethrough public consultation.

Response: I would like to point outthat the ‘Slippery Slope’ fallacy is committed, which the imagined causalconnection between several incidents, which have, in reality, no causalrelationship.  On the other hand, JohnRawls, a renowned philosopher, has pointed out that inappropriate/unrealisticlaws should be amended instead of retained.

Chan Wai-chi: Although it is named ‘civil union’, the bill is, apart fromadoption rights, identical to marriage. Homosexuality involves reproductionproblems, and should be discussed objectively.

Response: Heterosexual coupleshave the right to say no to pregnancy, which is also a reproductionproblem.  There is no causal relationbetween marriage and human reproduction.

Lam Heong-sang: Filial piety is a tradition, and failingto achieve it results in punishments. The bill is an ‘extinctive bill’: notallowing adoption means extinction. I won’t stay silent to human extinction.However, I stand with non-discrimination.

Response: On the internet, thereis a report of a scientific experiment: five monkeys were kept in a cage with ahanging banana. Each time a monkey reached for the banana, the other four wouldget an electric shock. After several attempts, once a monkey reached for thebanana, it would get beaten by the other four. The same things happened evensome new monkeys were replaced. Perhaps we can conclude it as ‘The Birth ofTraditions’.

Even though we may consider itan urban myth, we should not forget that love is THE foundation ofparents-children relationship, and happiness is contagious in suchrelationships. Parents understand so firmly that their own happiness somehowreflects that of their children. Acceptance of a homosexual child may bedifficult in the short term, but when we see cases homosexual children getmarried with an opposite sex, then we are reminded that two whole families arehurt.

Most importantly, it isimpossible for anybody to ‘encourage’ homosexual tendency, for it is asimpossible to request a heterosexual to have affection to a same-sex. As aresult, heterosexuality will still exist. Restraining adoption by same-sexcouples will NOT cause human extinction. The question is, instead, why thereare so many abandoned babies.
Leonel Alves: The bill causes impacts ethnically and religiously, and thesociety has no supporting voice. More than 1,000 opposing petitions werereceived, which was a first-time. We should consider why (same-sex civil union)is legal in the West but not in Asia, and Macau will be Asia’s first if thebill is passed. Analyses and discussions must be carried out.

When the methods for theLegislative Assembly and Chief Executive elections were to be amended, thesociety reacted so strongly and more than thousands of opposing comments werereceived. However, the bill was still passed.

After the opening of Macau’scasino market, the city has got many ‘number 1’s’, which makes Macau defensibleto be another first in Asia.

Finally, I agree with the demandthat more analyses and discussions should be conducted, and thus I stronglyrequest the commencement of public consultation on same-sex civil union.

Based on the above, I request the Legislative Assembly tolaunch a public consultation on the legalisation of same-sex civil unions. 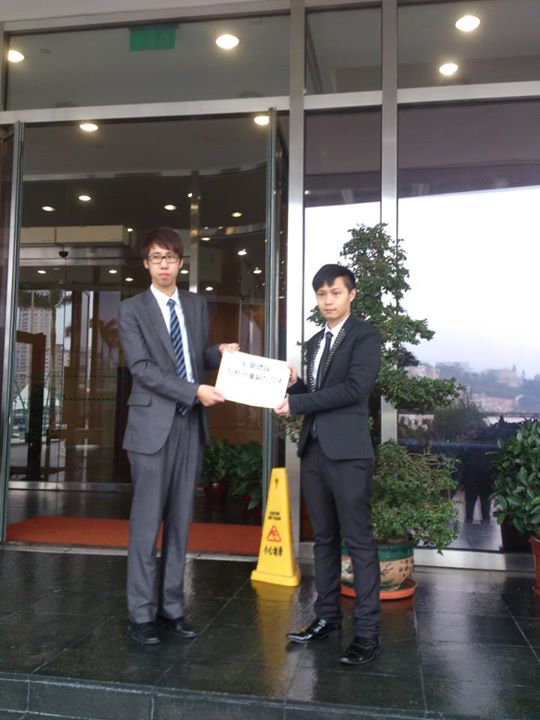